After consultation with clubs and other stakeholders, it was evident the existing ‘odd’ age structure has not been successful, leading to a decrease in participation at the higher level of junior football, as evident in both registration numbers and actual players taking the field at club level.

As a result, and based on the wishes of the BFNL clubs, the junior age structure from 2022 will be:

Based on modeling, the league has identified increased participation for junior players across age groups which will in turn lead to stronger competitions to those which are already enjoyed in the BFNL.

The background and rationale to the change that is to be implemented includes:

As a consequence of the change to an even structure, and the top age being Under 16, the existing Under 19 competition will become Under 18½.

As part of the AFL Victoria policy for competition changes, this format will be provided to neighboring leagues who may be affected, for comment with formal approval by AFL Goldfields expected in early 2021.

The league is excited to be able to adopt a junior football structure that will best reflect the needs of BFNL clubs and will allow increased participation for those who want to be part of our game.

The BFNL juniors continue to be the strongest junior competition within the region, enjoying consistent growth at the lower age groups and a development pathway for those wanting to play at the highest level.

Junior netball has not been included in this review as there are no structural issues with junior netball. Whilst most clubs are at capacity for netball, the issue to be addressed moving forward is how does the league accommodate growth in junior netball through increased team participation 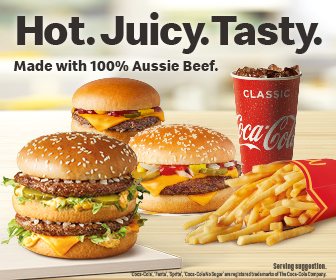 BFNL Fixture To Be Released Soon

Toyota Good For Footy is Back

Positive Signs for 2021 after AGM

GJ Gardner Ballarat Back for 2021