The evenness of the 2021 BFNL competition means almost any team can win on their day (or their night). Round Four has thrown up some intriguing challenges, youth versus experience and size, fast starters versus under-performing firepower, and who will be already in the mix for finals contention after just four rounds?

It's hard to believe East Point hasn't played Bacchus Marsh on Maddingley Park since Round 14, 2016 - the year the Cobras won the flag.

The reigning dual premiers will be hopeful their sheer weight of talent forward will be too much for the Cobras defence. Needless to add, the Cobras midfield must bring their A-Game again this weekend to deny the mighty Kangas having the game on their terms, essentially inside forward 50.

This challenging task for the Cobras starts with Daniel Burton in the ruck and the work-in-progress connection with his midfield at ground level. How Nick Stuhldrieir, Tom German and Harry King benefit from Burton's influence will go a long way toward determining the result.

The concern for me is that the Cobras were pretty good last week against the Panthers and were still beaten. The problem for Tom German's men on their home deck will be coping with the depth of East Point across every line and the flexibility that allows Kangas coach Jake Bridges to play any one of his 22 in any position.

Cobra fans won't have seen the Ganley brothers, Aaron Hayes or James Lukich, but they'll know who they are come 5 pm Saturday, that's for sure. If there is an unlikely upset, Bacchus Marsh will need the self-belief for starters and significant contributions from right across the board - you can't beat East Point any other way.

Both sides were narrowly beaten in Round Three and will be eager to respond for their fans today at Mars Stadium.

To find a winner, we must first address the elephant in the room - can Brendan McCartney's youthful City withstand the physicality, height and experience of Sebastopol? I'm not so sure.

The 'Burras have shown already that they could be better than their runners-up 2019 side. So much so, I think last week's one-point loss to Melton will do them good. They will have a more accurate idea of the hunger levels now to go one better in 2021. The response this weekend will confirm that.

The 'Burras have an enviable spread of talent in all areas and finding a weakness for City to expose won't be easy. City's fortunes, similar to Bacchus Marsh’s, will rely on how deep they can go extracting contributions from each of their 22.

If City can break even with forward entries, you have to give them a chance, given the form and mobile nature of their youthful set-up. Josh Chatfield, Jai Lockett and Jacob Quick have all proven they can kick multiple goals.

Momentum and youth together are difficult to contain - they seem to run faster and jump higher as confidence grows. But, on the flipside, denied opportunity and loss of confidence can often disappoint - and that will be the focus of Searle in looking to contain McCartney’s men.

City's Cam McCullum, Daniel Jones, Jonathan O'Brien and Joey Symonds will have a job on Saturday minimising the influence of the bigger-bodied Sebastopol - their work inside the contest will be vital to City's chances.

Strangely, Sunbury is the only team not to have gotten hold of Melton South during their lowly times of 2018 and 2019, despite winning all four encounters. Margins of 53, 21, 26 and 17 points pale by comparison to other sides’ margins over the Panthers and I’m tipping they won't have it all their own way again on the weekend.

In fact, it would not surprise me in the slightest if the Panthers won. But that outcome will depend on a few things. The Panthers will need most, if not all of their top-end list talent available and delivering to get the job done.

Sunbury is an enigmatic bunch. While their best is very good, the Lions have fallen short of executing a three-quarter performance let alone four-quarters in their opening rounds. But questions will be asked of the Panthers top-end as well, I assure you. How will they respond to like-for-like match ups and defend without the ball?

Dylan Conway, Bradley Olsson, Shaun Wyatt and Paul Curtis are super dangerous with the ball in hand and they get the job done. But their task will be made more difficult given the Lions top-end are primarily very good defensively.

For me, it's whether the Lions’ offensive weapons can expose the Panthers more efficiently. I place an emphasis on efficiency for the Lions because they have proven they can hit the scoreboard but have poor returns: 28 goals, 40 behinds at 41 per cent so far for a comp ranking of #10, despite ranking #5 for total number of shots.

The two scenarios that lay waiting in the aftermath are mouth-watering. Do the Panthers become worthy of finals discussion after four rounds, or does Sunbury make a statement?

Joe Carmody's Swans will be looking to improve vastly on their first-quarter returns that have yielded just 3 goals and 8 behinds from their opening three rounds (2.1, 0.5, 1.6). Hardly the best way to start against the Lakers, who have led both East Point and North Ballarat City at the main break in their two fixtures so far.

The evenness of the 2021 competition in its infancy stage implies there'll be little room for slow starts moving forward, especially when the weather is fine and the average winning score thus far sits at 90 points.

There was no sign of gun Swans forward Andrew Hooper last week, but reliance on too few will bring you unstuck more often than not. The most encouraging facet for the Lakers to draw on from their opening two games has been their willingness to hit the ground running against in-form opposition and I see no reason why we won't see a similar pattern unfold on Saturday.

The question is whether Ballarat can withstand a lively Lakers outfit coming into the game on the back of a rewarding 15-goal return? Lakers youngster Josh Rentsch will be asked to reproduce his Best on Ground Round Two heroics when he faces fellow up and comer Pat Glanford, or even Marcus Powling if the first match-up is dealt with.

There's plenty at stake for either group come the final siren this week. One team will move to two wins and should be satisfied with their opening month, while the loser is left to contemplate in review how the winnable got away.

Unfortunately for Darley, I can't imagine them arresting the win-loss pattern at home under lights.

Aaron Tymms’ Melton has shown remarkable resilience in their opening three games to be 3-0, despite no luck early on the injury front.

Come Saturday, they're likely to be without their preferred starting midfield once again, namely Ben Archard, Dyson Stevens and Matt Denham. In fairness, the Devils have also suffered the loss of key personnel over the extended break and injury to experienced top-end players already in 2021.

The Devils will continue to inject more games into their youth as the season unfolds and will be hopeful that natural progression through games experience will see them influencing games sooner rather than later.

Ladder leaders Melton, on the other hand, are ahead of Darley with this scenario having blooded (no pun intended) much of their current crop already. The Bloods talent-laden 20- to 24-year-old age profile (with games into them) sees them ideally placed to contest for a flag in 2021.

Expect no upsets here - the Bloods will be happy just to bank the points injury-free, while the Devils cast an eye to the next generation. 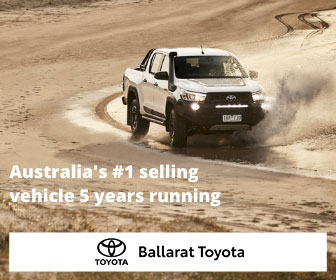